A growing cohort of musicians and artists are revealing how post-Brexit barriers to touring in the European Union are disrupting or in some cases destroying work they had planned for after the coronavirus lockdown.

Prime Minister Boris Johnson is under growing pressure to negotiate new arrangements for touring performers after failing to secure visa-free travel in the UK’s free trade agreement with the EU.

Rebecca Boulton, who manages New Order, told a roundtable hosted by Labour on Tuesday morning that the iconic band might skip Europe on its next world tour due to the new costs and paperwork associated with performing in the EU.

“When we look at the budgets for touring in Europe, we may well look at it and think actually, it’s not worth it. We’ll just carrying on touring in America or Japan or Australia, which isn’t great,” she said.

The new rules mean that UK performers and their crews must secure work permits and other costly documents to work in EU member states. Touring hauliers which carry them and their equipment are now limited to just three stops in the EU before returning to the UK.

Boulton said that she was “very concerned” for crew members and UK-based sound, video, and lighting companies who support the band on tour, who are already “really struggling” having not had work since the beginning of the pandemic. “What good is it doing Britain to nose use those companies?” Boulton said.

The new red tape is already having an impact on some of the biggest names in Britain’s creative industries, including The National Theatre, which this month told PoliticsHome that it could no longer tour in EU as planned as it was not “financially viable”. 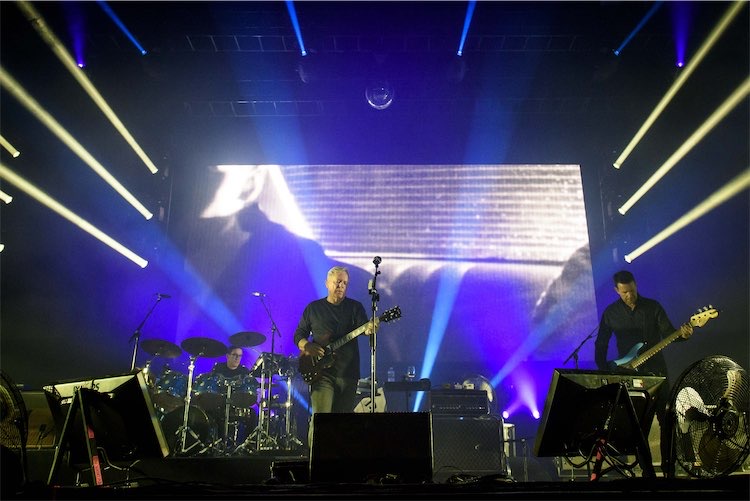 Jesse Murphy, a freelance violinist whose income mainly comes from touring with Jeff Lynne’s ELO, said: “We need freedom of movement in the music industry. It’s absolutely integral to what it is”.

Murphy said that work she had secured in Italy in October “probably” now won’t happen due to the new barriers and that freelance performers like her, who are “the lifeblood” of the UK’s creative industries, will not be able to work in Europe due to the time-consuming new paperwork.

“These are normal people who get up and play an instrument as their job and they are not trying to become pop stars,” she said.

The roundtable heard that many British performers accept work in Europe with just a few days’ notice and will be not be able to that in future as long as securing work permits and other documentation takes days or even works.

Dan Ayling, an opera director based in Barcelona, said it would take artists like him up to 15 days to get a visa to perform in Spain and that delays like this would make accepting some jobs impossible.

“If you are an opera singer who has to do a jump in, which is when you get called within 24 hours notice and asked to do a performance, that will be impossible to do,” he said.

“If you are a musician or a performer who is working in three or four countries over the course of a week, that’s impossible. You can’t do that. We need to find a way of making that easier”.

He said he had to provide three months of paper bank statements, accounting paperwork, last year’s tax returns,a  letter of invitation from the opera company, flight and accommodation details, and proof of travel insurance before travelling to Spain.

“If I had not been working for a large company, I would not have had the support which managed to get me a visa,” he said. “If we are asking individual artists to try and manage this on their own, they are just not going to be able to do it”.Similarly, Ed Lyon, a tenor based in Cheltenham, told PoliticsHome he faced fees totalling over £800 in order to work in Belgium for over 90 days. He is currently booked to perform in productions of The Turn Of The Screw and Tosca.

The new red tape is so complex, he said, that he might not be able to complete it before he is due to depart for Belgium. The Belgian embassy in London is helping him with the new forms.

“This is the fear that runs through us all. This red tape makes us all less attractive,” he said.

“If I were a young singer with no representation and I had been offered work in Spain, which doesn’t have a 90-day limit, there’s no way I’d be able to complete all of this documentation while also doing my job”.

He added: “There is no question that this will decimate the sector that my background is in.

“Unless they can make it that British performers can be competitive, there’s no point”.

Labour’s Shadow Minister For Culture And Sport Alison McGovern, who chaired this morning’s roundtable, told PoliticsHome: “It was both impressive and very depressing to hear from brilliant creative artists whose futures are in jeopardy.

“Everyone agrees this is a fixable problem. So we need the Tories to sort it out. We cannot have ideology stand in the way of hugely successful UK businesses and professionals”.

Alastair Jones, an official in the Department for Digital, Culture, Media and Sport, last week told the commitee yesterday that the government planned to hold bilateral talks with individual EU member states about removing the costly new barriers to performers “very shortly”.

2021-02-23
Previous Post: Capitol Riot Senate Investigation: Time, Streaming and More Details
Next Post: What the Bond Market Is Telling Us About the Biden Economy